When Are Mosquitoes Most Active? 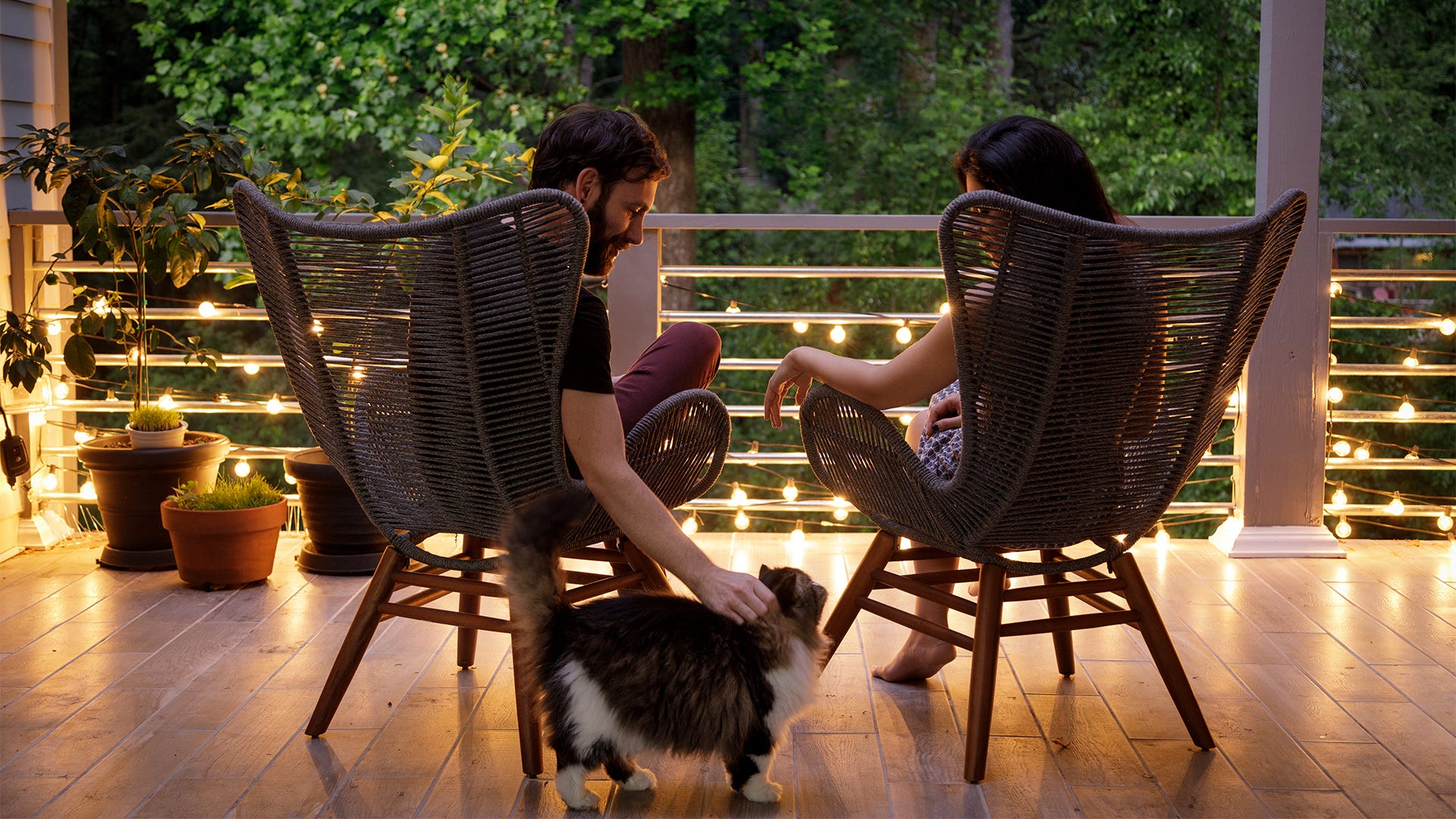 Mosquitoes are much more than a nuisance. In addition to their annoying swarming and painful bites, mosquitoes can carry dangerous diseases, including West Nile virus, yellow fever, and other life-threatening illnesses. Therefore taking steps to avoid mosquitoes can be vital to properly enjoy the outdoors.

What Time of Day Are Mosquitoes Most Active? 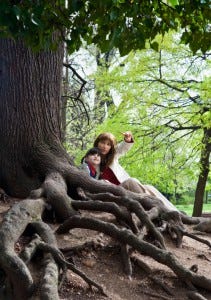 There are 176 species of mosquito in the United States, and different species have different activity levels and habits. Some are more active during the day. Others are most active at night, dusk or dawn. For most species of mosquito in the United States, their activity peaks during the dusk hours. If you step outside during the evenings, especially in wooded, shady areas near standing water or bogs, you will want to have extra protection on hand to protect yourself from insect bites.

All types of mosquitoes are least likely to bite during the middle part of the day when the sun and heat are at their peak. Once a mosquito gains entry into a home or building, they are protected from dehydration and more likely to fly around for many more hours than they normally would. They stay active longer because of the temperature and light controls in your home.

Are Mosquitoes Active at Night?

As mentioned above, the common house mosquito and many other types of mosquitoes are most active during the night. They avoid daylight at all costs because sun exposure can dehydrate and kill them.

In fact, during the day, this species of mosquito seeks out cool, shaded and wet areas until dusk returns. Species of mosquitoes most active at night are likely to bite early in the evening when they first stir from their hiding places. After a night of activity, they will seek out places to rest before dawn.

With that activity cycle, most mosquito bites occur early in the evening, but they can also occur throughout the night. That’s why it’s important to keep mosquitoes out of your home. If one gets inside, it will likely bite repeatedly throughout the night simply because there aren’t other targets. 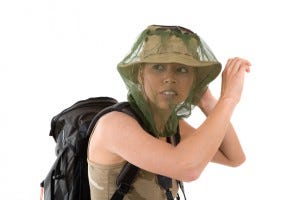 You may hear a lot about “mosquito season.” You may also have been told you’re more likely to get mosquito bites during the mosquito season. Most people think mosquitoes are only active in the summer, but it’s not really about a specific time of year. Instead, it’s about temperature levels.

Some species of mosquitoes die off during the colder months, while others will hibernate. The magic number, in this case, is 50°F. That is the point where mosquitoes will become active, whether they’re hibernating or incubating as eggs. For species that hibernate, once temperature levels reach 50°F on a consistent basis, mosquitoes will emerge from hibernation.

For species that die off in the winter, 50°F is the point at which mosquito eggs start hatching. You may also witness a late-season re-appearance of your mosquito population. After that first frost, your local mosquitoes will disappear. However, a warm spell can reinvigorate them and some mosquitoes will re-emerge from hibernation to seek out sources of food. Virtually all species of mosquito in the United States will be most active during the warmest summer months.

When temperatures reach 80°F or more, you a lot more mosquito activity.

When and Where Are Mosquitoes Most Active?

Different parts of the country will see increased mosquito activity during different times of the year. It mostly depends on when temperatures climb above 50°F on a regular basis. For some parts of the country, that means mosquitoes emerge as early as February or March. Other areas may not see intense activity until June or later. In the most temperate parts of the nation, mosquitoes can be present year-round. With that in mind, it’s difficult to map out specific mosquito seasons. 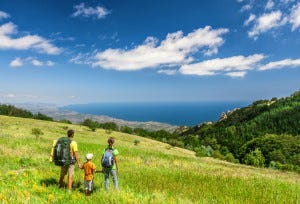 For example, Texas has 85 different species of mosquito, more than any other state. Since Texas has a very warm climate, mosquito season in the southern part of the state can start as early as February.

South Florida, too, has an especially early start to the mosquito season. In most years, Florida sees activity in early February. In fact, since southern Florida has a warm, moist climate, mosquitoes tend to thrive all year. In the northern part of Texas and the southern part of California, as well as in Mississippi, Georgia, Alabama, New Mexico and parts of Arizona, the mosquito season tends to start in early March.

In northern California, Utah, Nevada, Colorado, Kansas, Kentucky, and nearby states, the mosquito season usually starts in early April. In parts of Oregon, Idaho, Wyoming, Illinois, and the eastern seaboard states, mosquitoes may not arrive until late April.

For the most northern parts of the United States, mosquitoes may not start appearing until May or even later. The mosquito season is shortest in Alaska, where it sometimes lasts for only part of June and into July.

If you’d like more information about when mosquito season is most likely to affect your area, Mosquito Magnet® has a handy map showing mosquito seasons.

Where Are Mosquitoes Most Active?

In addition to considering the “when” of mosquito bites, you also need to think about the “where.” Keep in mind there many different types of mosquitoes, and if you’re walking around in the evening when some species are most active, the local geography and your location can have a big impact on whether you are more at risk of being bitten.

Some areas are simply more likely to attract large numbers of mosquitoes. For example, damp areas or areas near farming operations, bogs, salt marshes, standing water or dredge spoil are more likely to have larger mosquito populations than drier areas.

Similarly, even if you avoid being outside when mosquitoes are most active, you may still be bitten during a walk near a pond, ditch or other areas that provides safe haven for mosquitoes.

What to Do Before and During Mosquito Season

There are several things you can do to reduce your risk of mosquito bites:

Do I Need to Stay Inside When Mosquitoes Are Most Likely to Bite?

If there is an outbreak of mosquito-borne diseases in your community or if you’re worried about mosquito bites because you’re ill or you react poorly to insect bites, you may opt to stay indoors to avoid mosquitoes.

Unless there is a medical reason to do so, however, changing your schedule because of mosquitoes isn’t necessary. If there’s no medical reason for you to avoid mosquitoes, there are ways to reduce the risk of bites. If you understand when mosquito bites are most likely to occur, you can take precautions, such as using insect repellents or wearing long shirts outdoors during mornings, dusk and dawn. Another option is to add Mosquito Magnet® traps around your property. 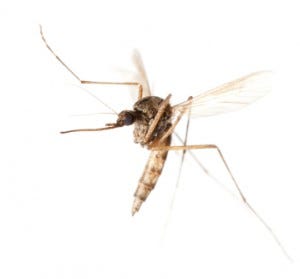 These devices, including the Mosquito Magnet® Patriot Plus Mosquito Trap, are a proven, long-term solution to reduce local mosquito populations. Mosquito Magnet® traps work by converting propane into CO2 and precise levels of moisture, heat and a secondary attractant. Mosquitoes think they have found their next target when they encounter this combination of attractants, moisture, and heat. When they approach the trap, a vacuum sucks the mosquitoes into netting inside the trap, where the mosquitoes dehydrate and die. You can also increase your catch rate by using one of our secondary attractants, like Octenol, to lure more mosquitos in.

As more mosquitoes are trapped, fewer are laying eggs, flying around your property, and biting your family, friends, and pets.

Your Effort to Battle Mosquitoes

How are you working to reduce your chances of being bitten by mosquitoes? Tell us on your next visit to Mosquito Magnet® on Facebook. If you have more questions about how our mosquito traps, contact us online or call our customer service center at 800-953-5737.