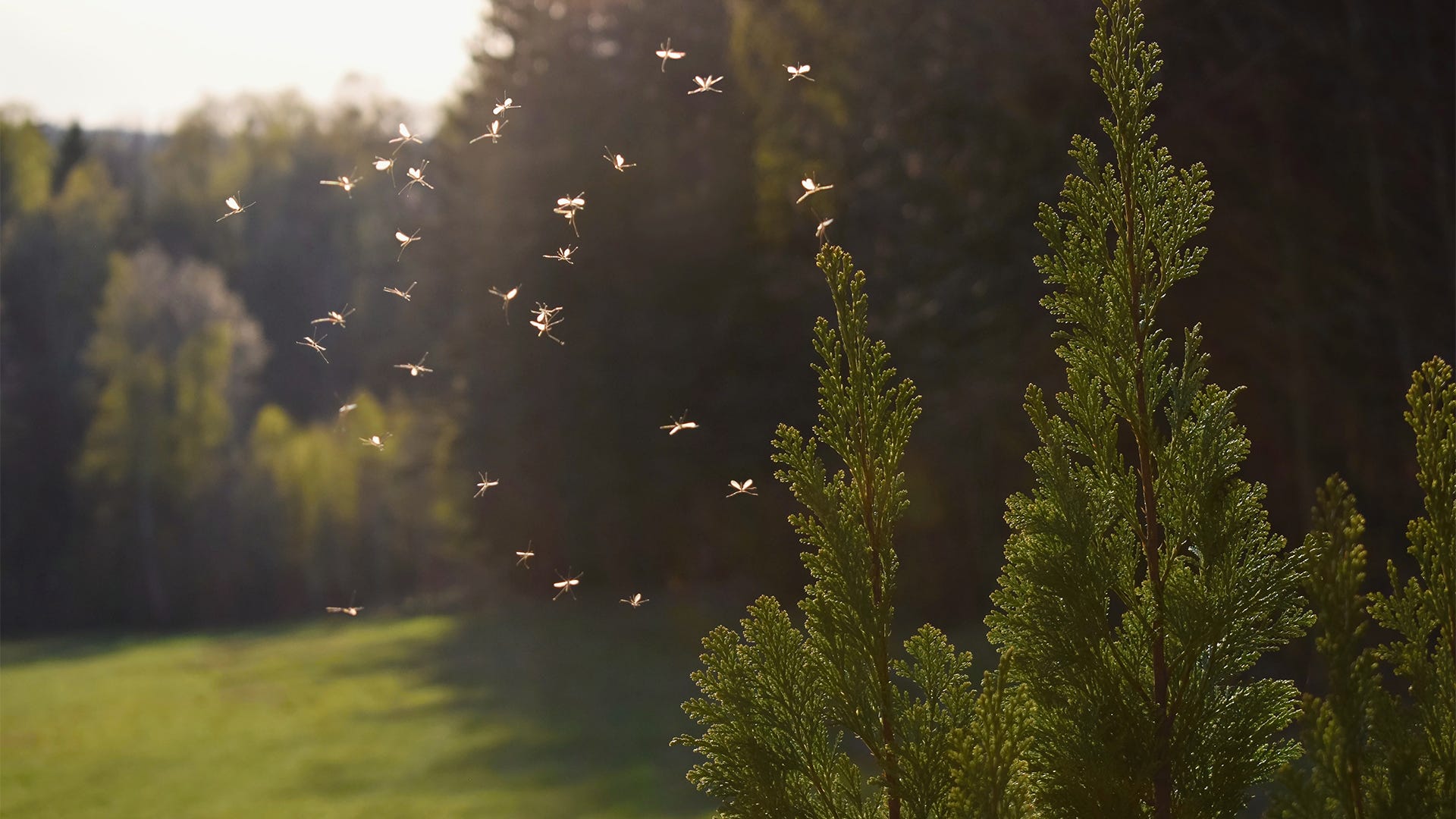 In this article we will cover the topics below and help you prepare for mosquito season in your area.

Protect Your Home And Business With A Mosquito Trap 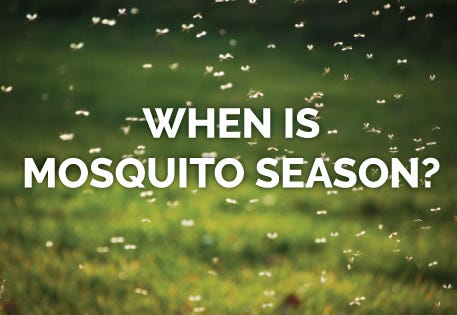 There’s no doubt that mosquitoes are an annoyance. There’s nothing like a swarm of pesky mosquitoes to ruin a fun evening on the deck or patio with your family or to send your barbecue guests running for cover. But some of the 176 known mosquito species in the United States can also pose a health hazard to people and animals. Examples of potentially serious mosquito-borne diseases include eastern equine encephalitis and West Nile virus, which in severe cases can result in brain damage and even death. In 2014, the first cases of an affliction known as chikungunya — which can cause fever, rash, severe joint pain and other health issues — were reported in the U.S. 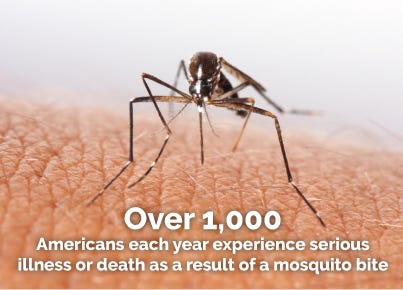 When is mosquito season over? Again, temperature plays an important factor. As the weather begins to cool, you’ll likely notice a decrease in the level of mosquito activity on your property. Non-hibernating mosquitoes will begin to die off as the temperature approaches the 50° F mark, while the hibernating species will start to seek winter refuge in hollow logs, abandoned animal burrows and other convenient hiding spots. The first frost is usually a reliable sign of the end of mosquito season. However, it’s possible that some hibernating mosquitoes will emerge during unexpected warm spells during winter, only to return to their hiding places when the temperature drops. 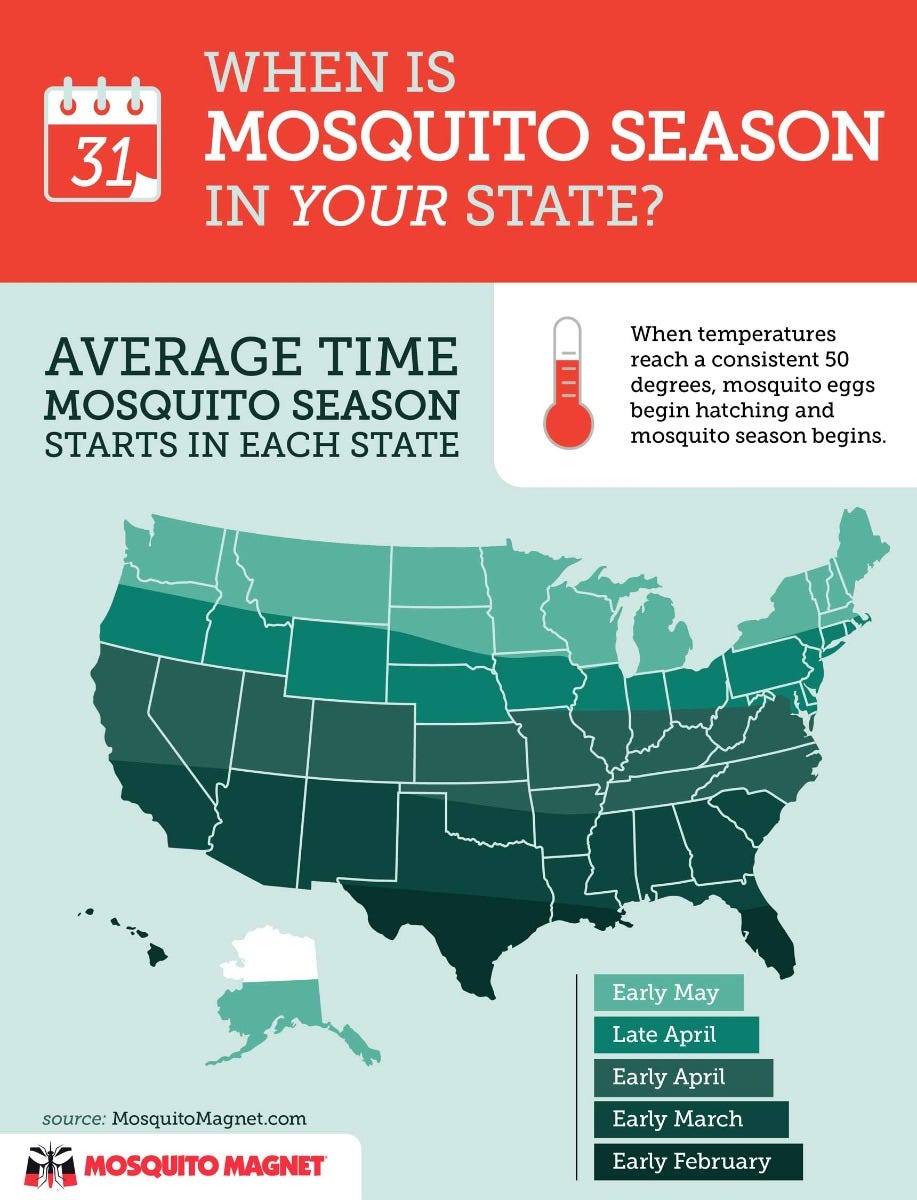 As far as other warmer regions in the U.S., the mosquito season in Arizona typically begins in early March. The mosquito season in Florida will vary depending on which part of the state you’re located in. The cooler northern portion normally doesn’t begin to experience mosquito activity until early March, while South Florida may see mosquitoes in early February. The tropical South Florida climate is especially conducive to the mosquito lifestyle since mosquitoes are attracted to moisture and humidity for breeding and laying eggs.

Many property and business owners wait until they see a swarm of mosquitoes – or until they have been bitten – to begin the mosquito control process. However, by this time, the breeding population has been established. The actual preparation for mosquito season should begin much earlier before the mosquitoes have had the chance to propagate. Remember, as the weather warms, the mosquito breeding cycle time shortens, which ultimately results in an increase in the number of mosquitoes on your property or around your business. This means you’ll want to get started while the weather is chilly – before the temperature consistently reaches that magical 50° F plateau.

Repair cracks and leaks — Cracks in your home’s foundation and exterior walls can provide an easy entry for mosquitoes, so be sure to seal any that you find. Also, repair any leaks that could create pools of water.

For more information on protecting your yard, check out of backyard mosquito control guide.

Cover potential water-collecting objects when not in use — There may be some objects that you want or need to keep outdoors during the warmer months, such as boats and wading pools. Keep these items covered when you’re not using them, or overturn them to prevent mosquito access.
Be vigilant after rainstorms — Summer rains can be refreshing and will keep your lawn and plants healthy. But rain also creates puddles and pools that are sure to attract mosquitoes. Patrol your property after every rainfall and take action to dry these wet areas whenever possible.
Keep your swimming pool clean — Mosquitoes will generally stay away from well-maintained swimming pools. However, if you don’t use your pool for an extended period of time or fail to keep it clean, they’ll likely be drawn to the stagnating water. If you cover your pool, the plastic sheet will collect rainwater. If your pool remains unused and covered for extended time frames, dump off any accumulated water.
Mosquito repellents — There are a number of commercially available mosquito repellent products you can use in an effort to deter mosquitoes. Citronella candles can sometimes work well in smaller, confined areas. Other options include sprays, coils, and bug zappers. These products can provide varying levels of success, so it may require a bit of trial and error to find the ones that work best on your property.
Personal mosquito protection — If you live in a region that is prone to mosquito outbreaks, you’ll want to protect yourself while you’re outdoors. Cover as much of your body as possible with light-colored clothing, and apply a DEET-based mosquito repellent on exposed skin. Try to avoid going outdoors during the early morning hours or at dusk, which is the peak mosquito times.

All of these methods can be extremely beneficial in helping you control mosquitoes and keeping them away from your property. Unfortunately, none of these options will do anything to reduce the mosquito population. Mosquitoes are prolific breeders, especially during peak mosquito season. The best way to get rid of mosquitoes is to disrupt their breeding cycle. That’s where an effective CO2 mosquito trap can be the biggest ally in your ongoing fight against these swarming, bloodsucking pests. A Mosquito Magnet® trap will help you create a mosquito-free property from the beginning of the season until the end. 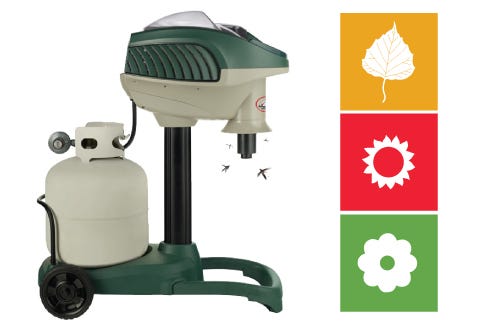 Have you ever wondered what makes humans so attractive to mosquitoes? Mosquitoes are naturally drawn to the warmth, moisture and carbon dioxide that is found in human breath. When you exhale, you’re unwittingly inviting mosquitoes to stop by for a snack. A Mosquito Magnet® trap emits a precise and steady stream of carbon dioxide, heat, and moisture that mimics human breath. When the mosquitoes are lured to the trap, the patented CounterFlow™ Technology works as a vacuum cleaner and sucks them inside. The mosquitoes then become entangled in a specially designed net, where they die of dehydration within 24 hours. Instead of repelling mosquitoes, you’re systematically capturing and killing them all season long.

It’s important to begin your mosquito control efforts as early as possible before the breeding cycle goes into full swing. You should start using your Mosquito Magnet® trap as soon as the temperature begins to rise above the 50° F level. This ensures you’ll be able to trap those newly emerging mosquitoes before they have a chance to meet up with their friends. Since the trap is designed for effective 24/7 operation, you’ll be able to keep trapping them as the mosquito system progresses. Here are a few examples of suggested trap starting times for a cross-section of U.S. states: 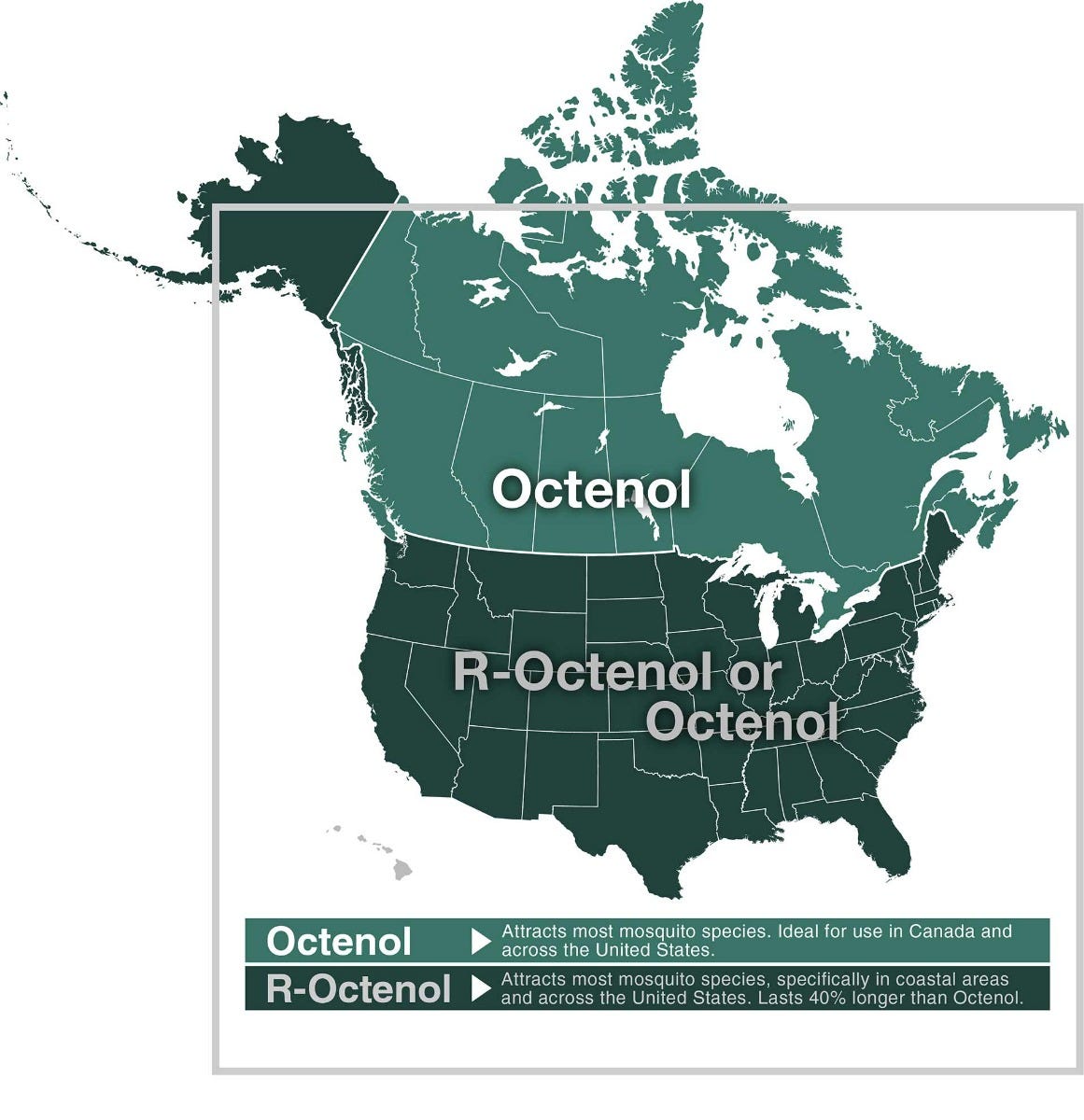 Also, be sure to subscribe to the Mosquito Magnet® E-Newsletter for more tips on fighting the biting insects in your yard or around your business.