Mosquito Control for Homeowners:
Tested by the U.S. Government

Mosquito control is a necessity for homeowners and local governments alike. Not only are mosquitoes a pest, but they are capable of spreading diseases such as Zika, Malaria, West Nile, Dengue Fever and many others.

Why is Mosquito Control Important?

"Mosquito control can help reduce the odds of you or a loved one becoming infected," says Robert Scott, Global Category Manager for Mosquito Magnet®, "As humans, we are meant to be outdoors whether it’s for exercise, spending time with friends or family, or just relaxing on a nice summer day. Nobody wants to stay indoors because their back yard is infested with mosquitoes."

According to Joseph Conlon, Technical Advisor to the American Mosquito Control Association, disease-carrying mosquitoes can easily breed in any number of small containers on your property. Proof of such measures was provided when Conlon "found 5 Aedes aegyptus merrily making their way in a small soda cap" in a yard in Suriname, a South American country. Conlon suggests that mosquitoes will not be under complete control until we develop a "national program that makes it socially unacceptable to grow mosquitoes in your back yard."

Many Kinds of insecticides and pesticides have been used in mosquito abatement districts around the country to combat mosquitoes, though they sometimes have negative side effects. Homeowners have also tried barrier-type products as well as misting systems. These misting systems come with their own set of problems, especially if you live in an area that already sprays for mosquitoes; they double the pesticides used and the risk of chemical trespass, which can result from an overzealous application. Not to mention, with such overuse mosquitoes may develop a resistance to chemicals. CO2 mosquito traps, on the other hand, are the ecologically-sound, and cost-effective alternatives to such pesticides – by capturing only the female mosquitoes with lures, the breeding cycle of the mosquito is interrupted and therefore fewer mosquitoes will be bred. Trapping requires no pesticides to be put into use.

Development of the Mosquito Trap as a form of Mosquito Control

Rhode Island has long been known for its particularly large mosquito population – often making the outdoor seasons unbearable. Enter Rhode Island native and entomologist, Bruce Wigton. Rather than look for ways to repel mosquitoes, Wigton became passionate about designing a mosquito trap that was both safe and effective. He founded a task force in an effort to learn all there was to know about the behaviors of mosquitoes, particularly the disease-carrying species. Over a period of 10 years, Wigton and a group of scientists, entomologists, professors and engineers worked together to build a trap to attract and capture biting mosquitoes. Thus was born the Mosquito Magnet® line of mosquito traps.

How Does the Mosquito Magnet® Trap Work?

Mosquito Magnet® mosquito traps work by releasing a precise and steady stream of carbon dioxide, heat, moisture and a secondary attractant to lure mosquitoes. The female mosquitoes – the ones that bite – are in search of a blood meal in order to lay their eggs. Once lured close by, the mosquitoes are vacuumed into the trap where they dehydrate and die within 24 hours. Luring them in and catching them interrupts the mosquito breeding cycle. This leads to fewer generations of mosquitoes in and around your property. 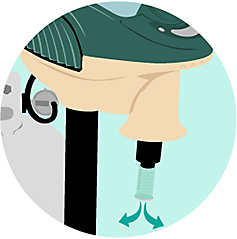 Lures mosquitoes with CO2 and attractants. 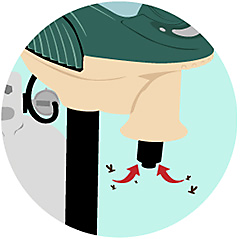 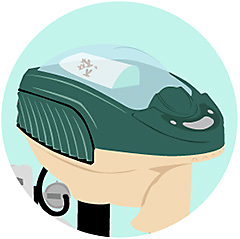 Mosquitoes are trapped in the net where they dehydrate and die.

See how the trap works.

Mosquito Magnet® mosquito traps are safe and effective in interrupting the breeding cycle of mosquitoes by trapping the females before they can reproduce. These mosquito traps will also capture deer flies and midges. Though they pose no known disease risks for humans,the bites from midges, or Culicoides, are painful and easily become infected. The mosquito trap is a great midge catcher, "they’ll tear up a Culicoides population," says Conlon. 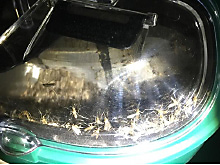 "First night we started it up, we were surprised at how quickly they came. We are @6 days and my guess there are over 1,000 dead and dying flying critters inside the magnet. At least those won't be biting us! YES YES YES......best investment ever." 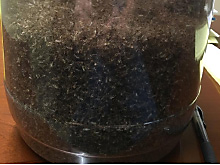 "...it works so well that I now own 4 of these!! All 4 are running 24/7 simultaneously. I am posting 2 pictures that include 60 days worth of my 'catch'. They include mainly mosquitos and noseeums but also some nasty and aggressive deer flies. It's just plain disgusting to see how many of these things there are out there waiting to bite you." 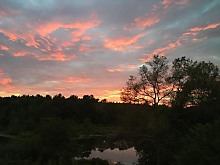 "We celebrate every time we empty out the thousands of dead mosquitos because they won't be making babies. Thank you Mosquito Magnet!"