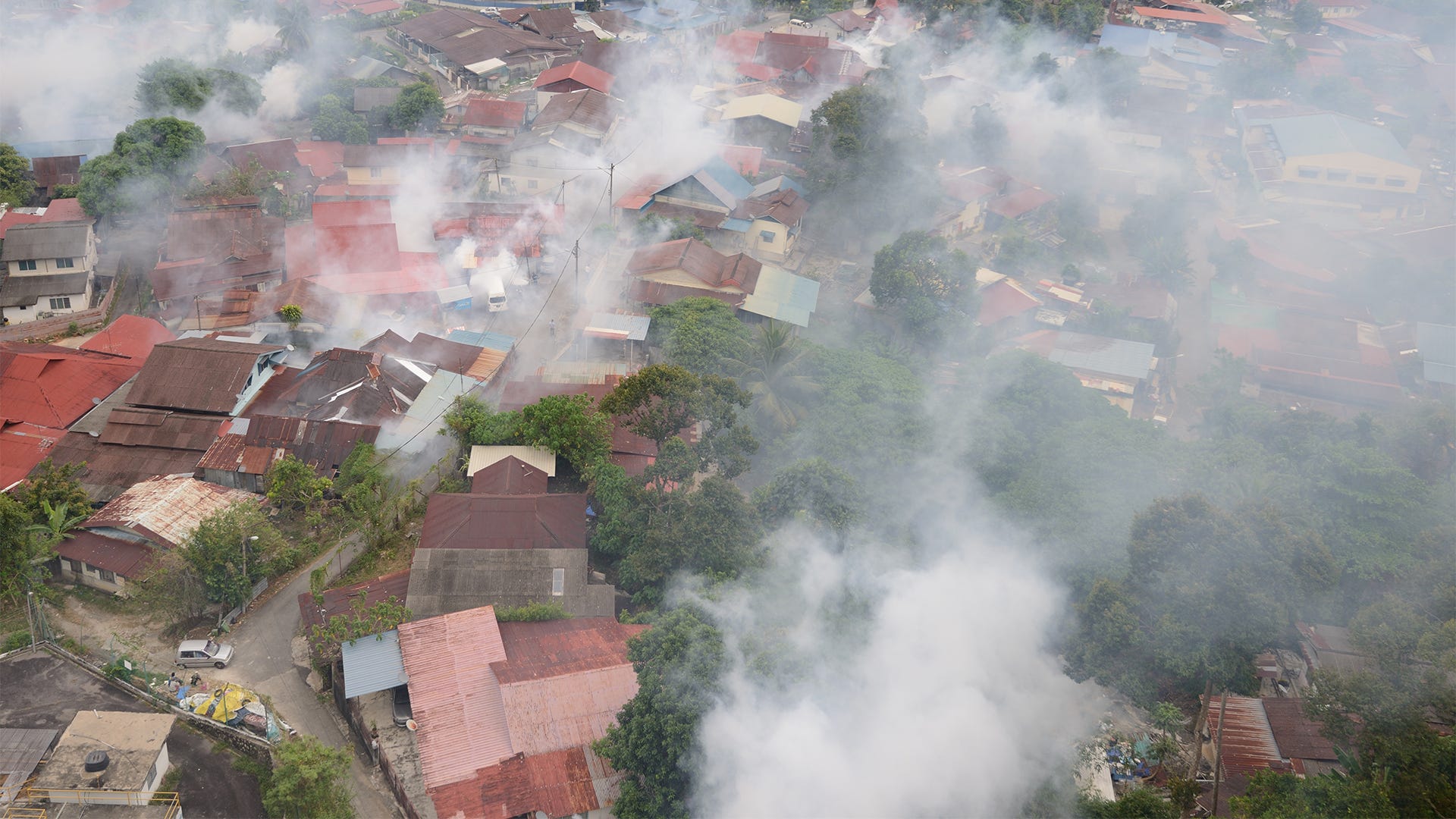 In 2016, concern about Zika virus gripped the world. The disease slowly spread from South America to the continental U.S., where it surfaced in multiple states. As a result, people around the country took steps to eradicate mosquitoes, including adding Mosquito Magnet® CO2 mosquito traps to control the mosquitoes invading their property.

According to a recent report, homeowners and business owners need to double-down on their mosquito-killing effort because another threat  has surfaced – Dengue fever. The report explains that more than 4 billion people worldwide are at risk of contracting the illness. Among those are residents in the extreme southeastern U.S. and anyone who travels into tropical regions.

Dengue Fever was named the fastest-growing mosquito-borne viral disease in the world by the World Health Organization. As such, WHO considers it a major world threat since it can be fatal.

Dengue fever symptoms include a high fever, vomiting, headache, muscle pain, joint pain and a mottled skin rash. In some instances, the simple fever can develop into something far worse – the Dengue hemorrhagic fever, a life-threatening condition.

While Dengue is rampant in more than 100 countries, it has only a small foothold in the U.S., most notably in Florida and Texas. The disease, however, is spread by the Aedes aegypti mosquito (and other mosquitoes). It’s worth noting the A.aegypti has been found as far north as New York. Therefore, it stands to reason that Dengue fever could spread through much of the U.S. under ideal conditions.

According to the previously mentioned report, Dengue has seen an explosive, 30-fold growth over the past 5 decades and nearly 500 million infections are expected each year. The growth could continue, scientists fear, in areas where it isn’t currently found on a regular basis.

Fighting Dengue at Your Home or Business

There is a Dengue vaccine that offers protection from the disease. Though it’s widely available, scientists say the best way to control the spread of the disease is to eliminate mosquitoes and their breeding sites.

Standard control methods include emptying out water-holding containers, using personal mosquito-protection products and government-run spraying campaigns (as shown in the photo above). Mosquito trapping is another option, which can be performed on a house-by-house/business-by-business level with Mosquito Magnet® CO2 mosquito traps. These devices lure mosquitoes away from people and capture them in a net where they die from dehydration. The result is a massive reduction of biting mosquitoes in a yard or business property.

To learn more about how Mosquito Magnet® can help you with your mosquito control efforts, check out our Learning Center, which explains how the traps work and includes a complete rundown of mosquito-borne diseases and the primary biting insects of North America.