Quick Answers to 10 Questions About Mosquitoes 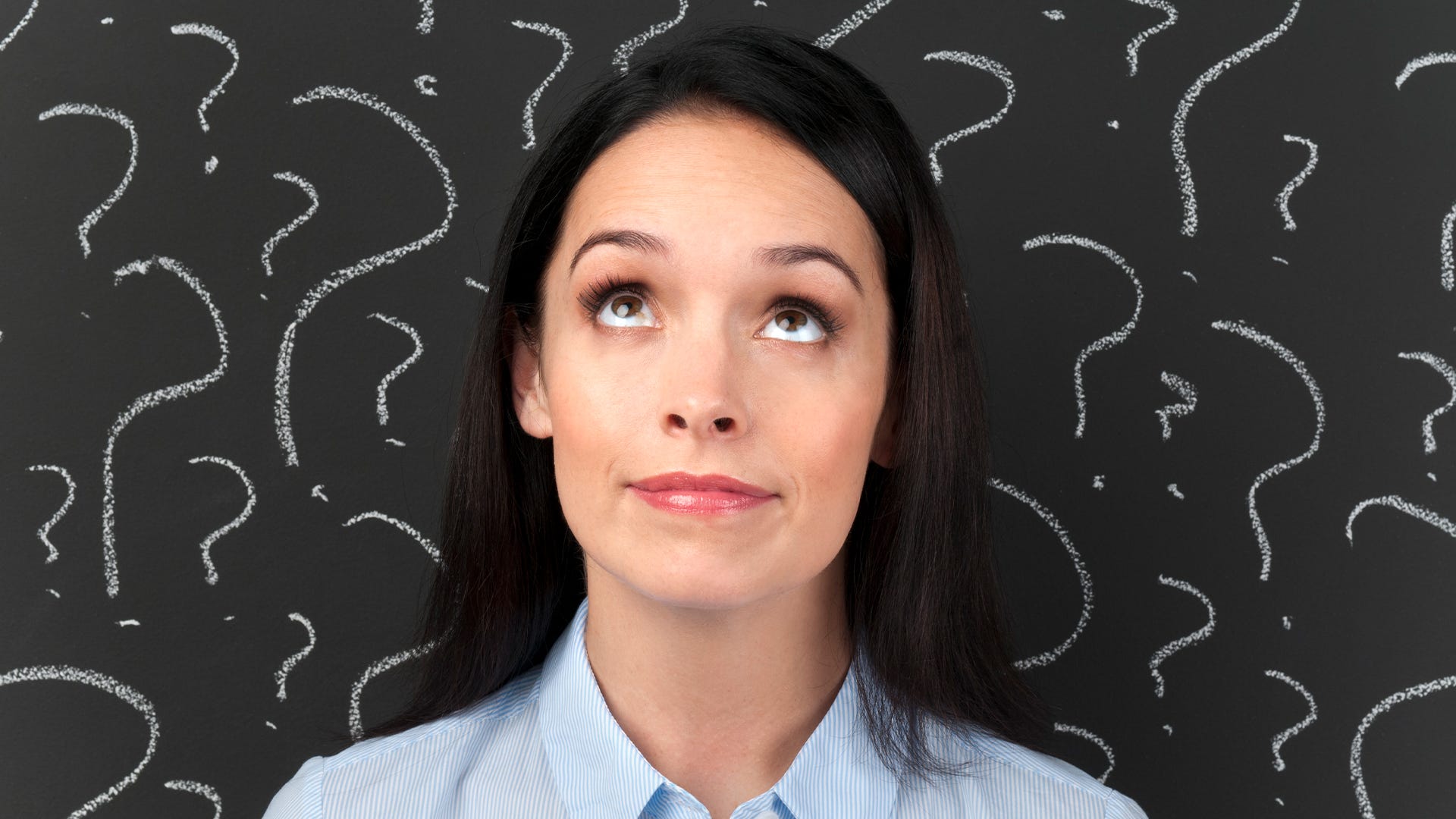 Sometimes you just want the facts, and that’s what we plan to do with this article on mosquitoes. We checked out some of the most frequently Googled questions about mosquitoes, and now we’re ready to give you the answers.

What’s a CO2 mosquito trap? These devices are set out in your yard where they run off batteries (or a plug-in cord) and a propane tank. The trap uses the propane and an attractant to produce a scent that draws mosquitoes toward the trap and away from people and pets. The CO2-laced scent, along with the thermal signature of the device, fools mosquitoes into thinking there’s a target nearby. When they move closer to investigate, they get sucked up into a net where they die of dehydration.

When in operation, a Mosquito Magnet® CO2 mosquito trap will provide coverage for up to 1 acre, a zone that can make most yards bearable during the worst part of mosquito season. Aside from mosquitoes, Mosquito Magnet® traps will also attract and trap midges, black flies and no-see-ums. 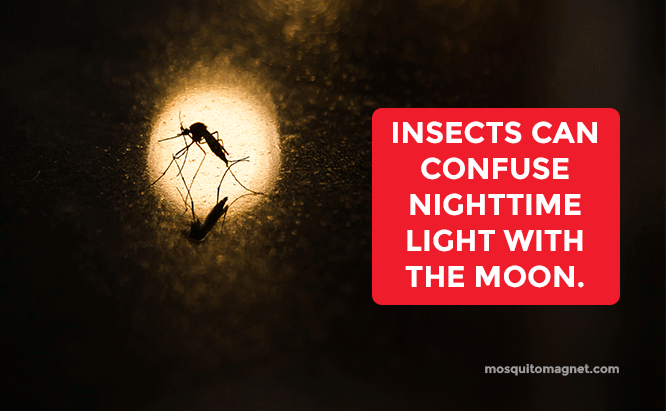 Yes, but not the way you think.

Mosquitoes, like most insects, are hard-wired to use the moon as a nighttime navigation guide. Electric lights simulate the moon just well enough to confuse mosquitoes. As a result, mosquitoes and other insects will fly to bright lights, become transfixed by them and spiral around them.

So, yes, lights attract mosquitoes, but it’s not because they are afraid of the dark. They’re just mixing it up with the moon. 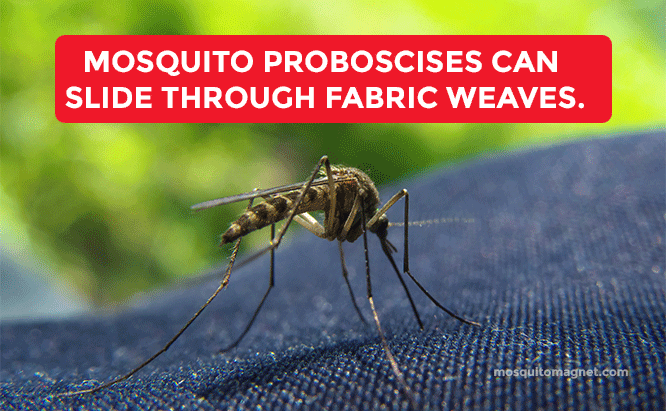 Most mosquitoes are really small creatures, but they can push their proboscis (their blood-sucking “needle”) through a thin layer fabric. They can do this because most fabrics have a loose weave with plenty of space between threads.

That being said, most mosquitoes will have trouble biting through your clothes unless the victim remains still. The most likely time to get bitten through your clothing is when you’re sleeping or lounging in a lawn chair.

Still, your best bet is to wear long pants and long-sleeved shirts to limit mosquito exposure. 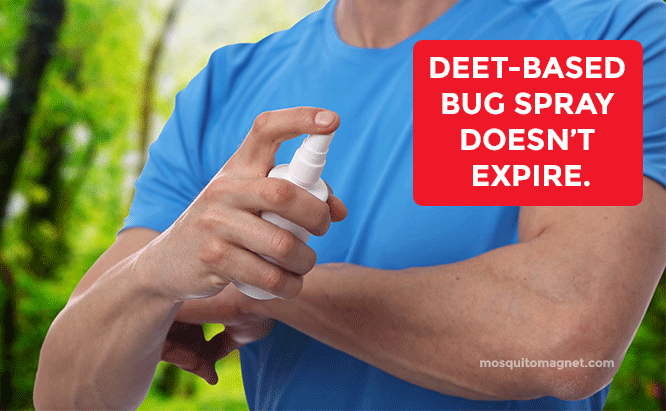 For the most popular spray ingredient, never.

DEET is the insect-repelling active ingredient used in most mosquito sprays. This oil lasts indefinitely inside the bottle and really doesn’t lose potency over time. The Environmental Protection Agency doesn’t require repellent manufacturers to list an expiration date, and it’s more likely that the aerosol will leak out of the can first, making it impossible to spray.

A common DEET alternative is IR3535, which is used in many skincare products. Repellent products that use IR3535 do have a shelf life, often no more than three years. 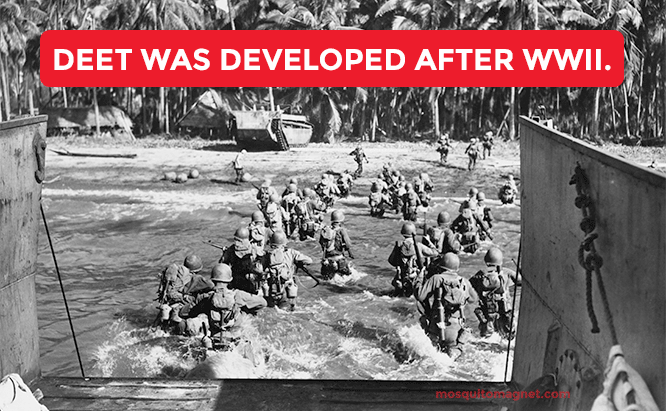 DEET was one of the great innovations to come out of World War II. It was developed for use by the U.S. Army, which struggled to protect soldiers serving in tropical zones. The product wasn’t used in WWII, though. After testing was complete and DEET production ramped up, the military finally got its hands on it in 1946.

This “bug juice” then came into the civilian sector by 1957. 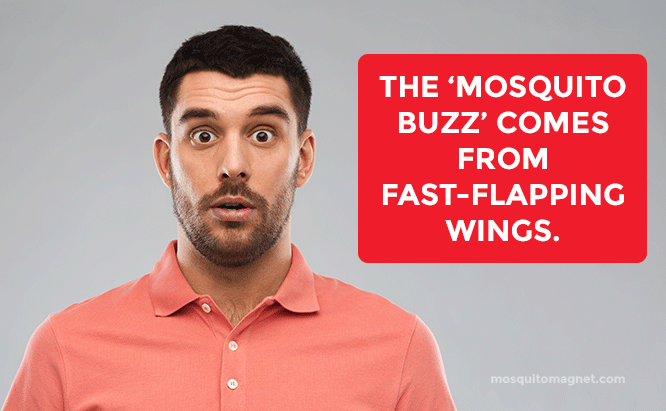 Because mosquitoes fly close to your head, which is highly attractive to them, and that allows you to hear their wings rapidly fluttering.

Take a look at the ways a mosquito zeroes in on a target. The female mosquito, the only one that bites, looks for the following clues to find its blood meals: Carbon dioxide emissions, a heat signature and moisture. It just so happens that your head delivers on all these counts! (Mosquito Magnet® traps, by the way, are designed to mimic these signals as well!)

When a mosquito first approaches you, it’s going to your head first, and areas close to your ears are just as likely to be part of its initial exploration as any other part of your noggin.

The buzzing you hear are wings that beat a whopping 500 times each second. 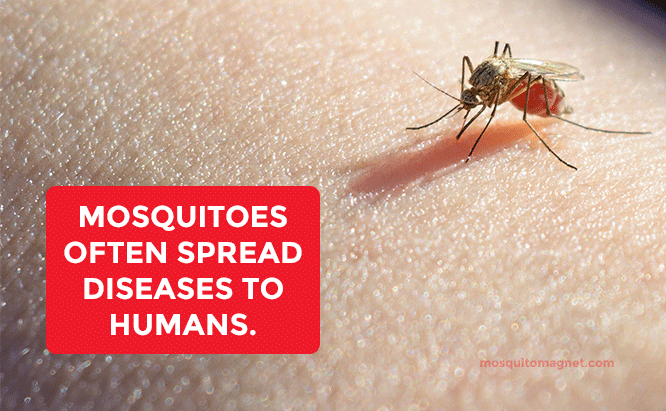 Many mosquitoes can carry a number of debilitating or deadly diseases. When an infected mosquito bites you, it can deposit those diseases directly into your bloodstream, where they reproduce, grow and make you sick.

Despite that potential, mosquito-related illnesses are fairly rare in the U.S. and Canada. Sure there are outbreaks every year, but compared to third-world countries, North Americans have it easy.

Still, there’s no reason to court disaster. Like we said, outbreaks of mosquito-borne diseases happen every year in North America, so do what you can to cut down mosquito populations in your area. 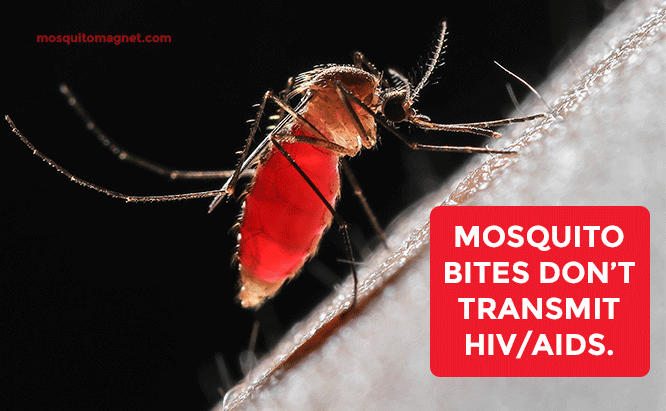 Basically, HIV, the virus that causes AIDS, can’t survive or replicate inside a mosquito.

Could a mosquito transmit HIV if it bit an infected person and then immediately bit another person? No, not really. It’s technically possible but incredibly unlikely for this scenario to occur – one scientist suggests that you’d need to be bitten by ten million infected mosquitoes for even a chance of an infection taking hold.

And what are your chances of surviving ten million mosquito bites anyway? Not good, we imagine. 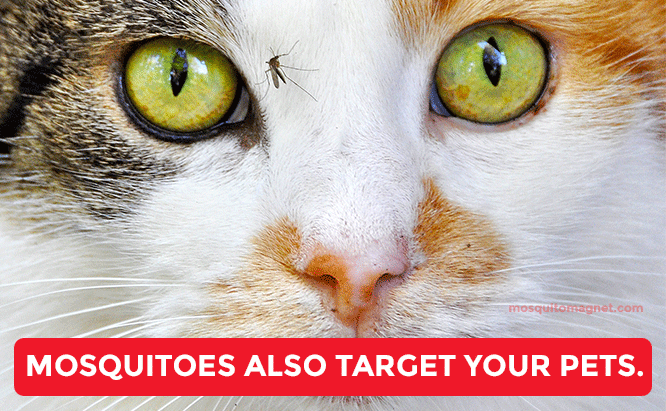 Mosquitoes are happy to draw blood from most mammals, including your pets and livestock. Some mosquito species will attack reptiles and insects.

When it comes to your pets, mosquitoes can transmit heartworm to cats and dogs. Horses can fall victim to mosquito-transmitted encephalitis. 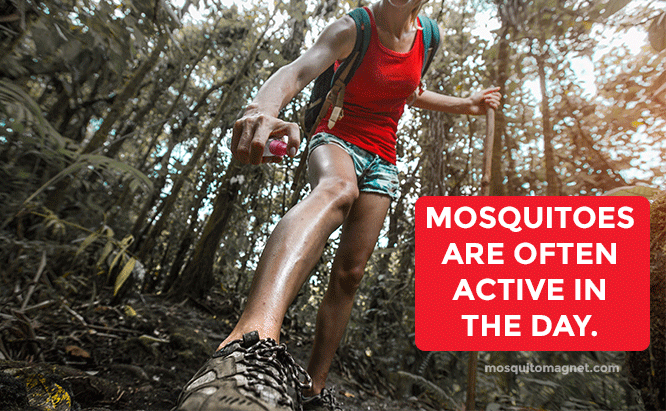 The Asian Tiger Mosquito, an invasive mosquito to North America, is active during the day. Further, most mosquito species are active during twilight hours, which includes some daylight time. It should be noted that mosquitoes are also active in the day when they have proper cover from the sun and the wind.
By the way, World Mosquito Day occurs every year on August 20. What are your plans? 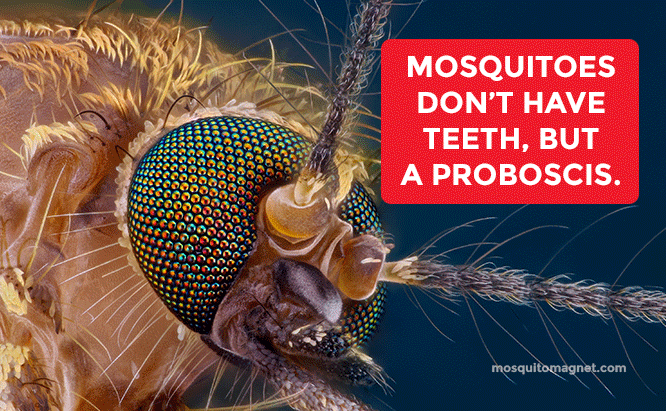 No, yes and kind of.

Mosquitoes don’t have teeth. They have a proboscis, which is a needle-like straw that has several mouth mouthparts. None of them have teeth, but they do have a saw-like ridge for tearing through skin.

Mosquitoes have eyes – you can even see them in pictures. Mosquito eyes are compound, much like a flies and best at detecting motion.

Mosquitoes don’t have ears. They can detect sound vibrations with their antennae, though.

Fight Mosquitoes in Your Yard