How Big Can Mosquitoes Get? 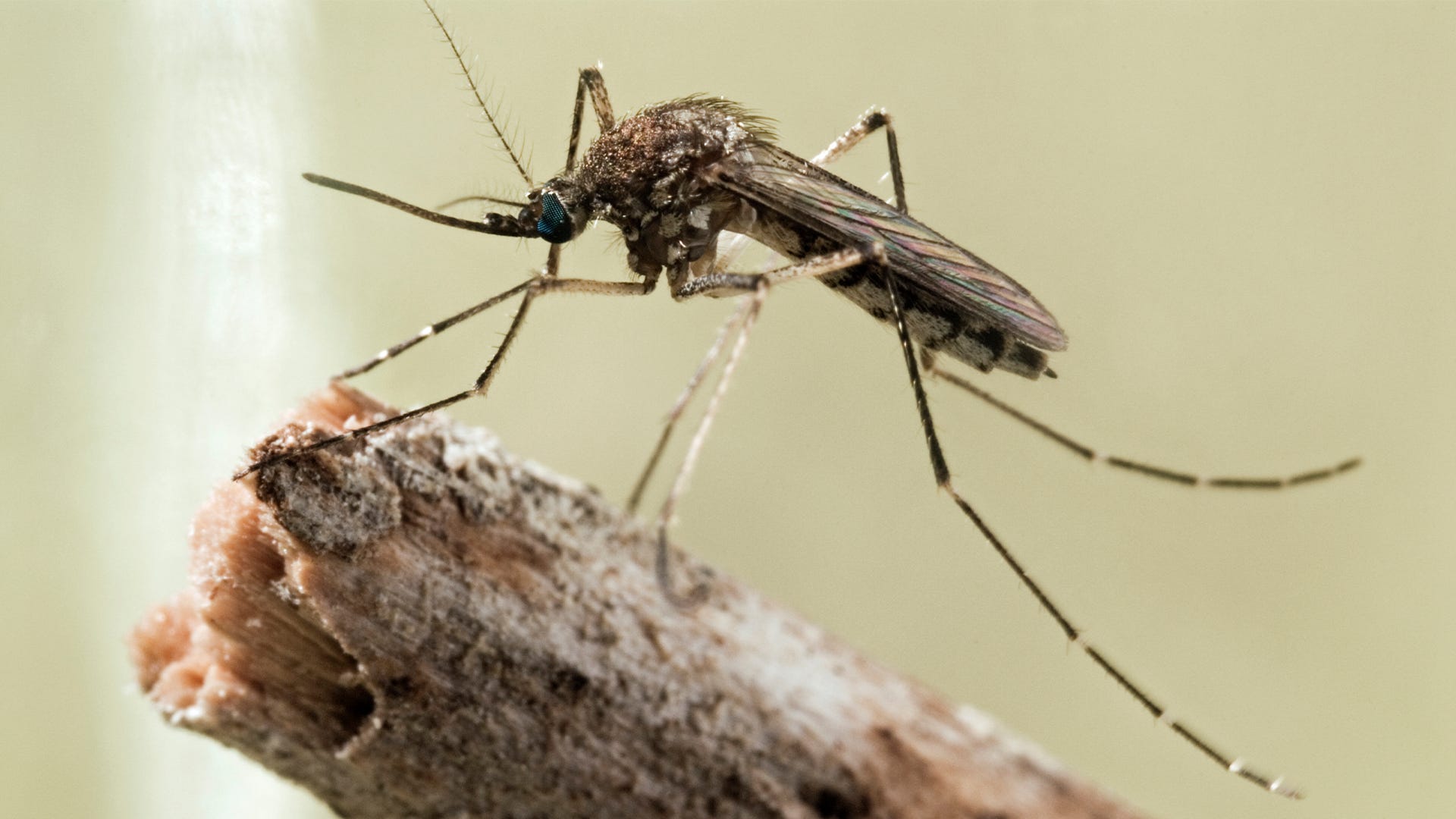 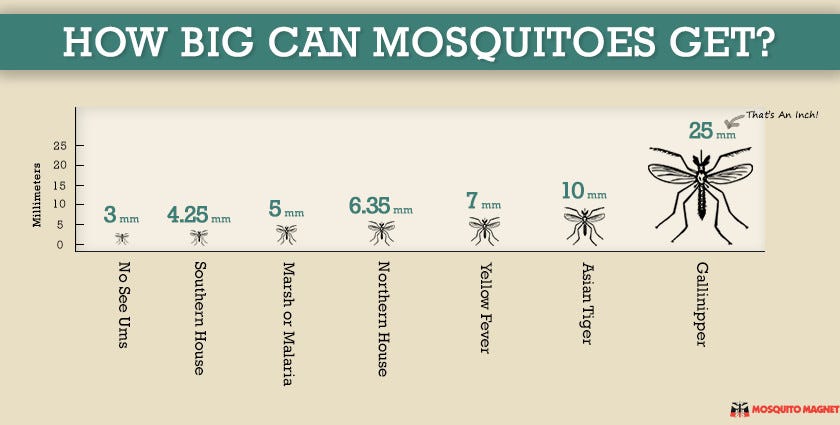 Biting midges range in body length from 1 - 4mm (0.04 - 0.16in) These tiny pests are often so small that they can fit through typical screens on windows and doors. In tropical regions, biting midges are known to transmit filarial worms to humans and bluetongue virus to livestock. However, even when these pests aren’t vectors (carriers) of disease, their bite can be extremely uncomfortable and some people may develop an allergic reaction. On the plus-side, No-See-Ums and Gull Midges are the only known pollinators of the cacao tree. There are 4,000 - 5,000 known species of biting midges located throughout the world in tropical, sub-tropical, sub-Saharan, temperate regions and even areas with cooler climates.

The Southern House Mosquito ranges in length from about 3.96-4.25mm (0.16 – 0.17in). These opportunistic nighttime feeders are known to transmit West Nile Virus, Western Equine Encephalitis, St. Louis Encephalitis, Rift Valley Fever Virus and filarial nematode. The Southern house mosquito, aptly named, enters homes at dusk to feed and rest on walls and in clothing. Mature females of the species prefer human blood. Quinquefasciatus is Latin for five-banded, referring to the banded appearance of the mosquito. Culex quinquefasciatus is a sub-tropical species found in North and South America, Australia, Asia, Africa, the Middle East and New Zealand within latitudes 36°N and 36°S.

Ranging in length from 3 - 7mm (0.12 – 0.27in), the Northern House Mosquito is known as the primary vector of St. Louis Encephalitis. This mosquito also transmits West Nile Virus, Western Equine Encephalitis, Heartworm in dogs and bird Malaria. Previously considered a “bird feeder,” this mosquito has gotten the taste for human and mammal blood. The female C. pipiens is known to overwinter in caves, cellars, basements and outbuildings.  This mosquito is considered to be the most common mosquito in urban and suburban areas in North America.

Known to be the main vector of Yellow Fever and Dengue Fever in North, Central and South America, the Aedes aegypti mosquito is typically about 4 – 7mm (0.16 - 0.27in) in length. It is also a vector of the Zika Virus. This particular mosquito strikes during early morning and late afternoon hours when the temperature is cooler, and it is rather fond of human blood. The Yellow Fever Mosquito’s eggs can survive for up to a year if conditions were not suitable for hatching and will hatch once flooded by deoxygenated water. The Aedes aegypti mosquito is found in most regions in the tropical and subtropical parts of the world.

More aggressive than its competitor, the Asian Tiger mosquito has overtaken the Aedes aegypti mosquitoes in certain areas. Growing to be 2 – 10mm (0.08 – 0.39in) in length, the Aedes albopictus is a vector of the Zika Virus, and a potential carrier of Dengue Fever, Yellow Fever, Encephalitis and Hearthworm. Asian Tiger Mosquitoes are aggressive, persistent daytime biters who prefer human blood over other mammals. Their name comes from their tell-tale black-and-white striped appearance. The Aedes albopictus mosquito is found in most regions in the tropical and subtropical parts of the world and can survive a wide range of climates.

The Gallinipper Mosquito can grow 20 times as large as the Asian Tiger mosquito – it ranges from 12.7 - 25.4mm (0.5 – 1in) – that’s an inch-long mosquito! It is second in length only to the Australian Elephant Mosquito/Toxorhynchites speciosus, which is about 1.5 inches in length, but does not feed on blood. Bites from the Gallinipper are reported to be much more painful and this mosquito can bite through clothing. Folklore says this mosquito got its name, Gallinipper, because it seems like it takes a gallon of your blood when it bites. Luckily, this mosquito is not known to carry any diseases or parasites. It does, however, feed both day and night. P. ciliata are found in North American from South Dakota through Texas and Quebec through Florida. They are also found in South America.

More about Mosquitoes and Midges

If you would like to learn more about many of the mosquitoes featured here, check out our Biting Insect Library. Stay in-the-know about all things mosquito by following Mosquito Magnet® on Facebook or sign up for our Newsletter.

A special thanks to Kutztown University's Biology Department for assistance with this article.