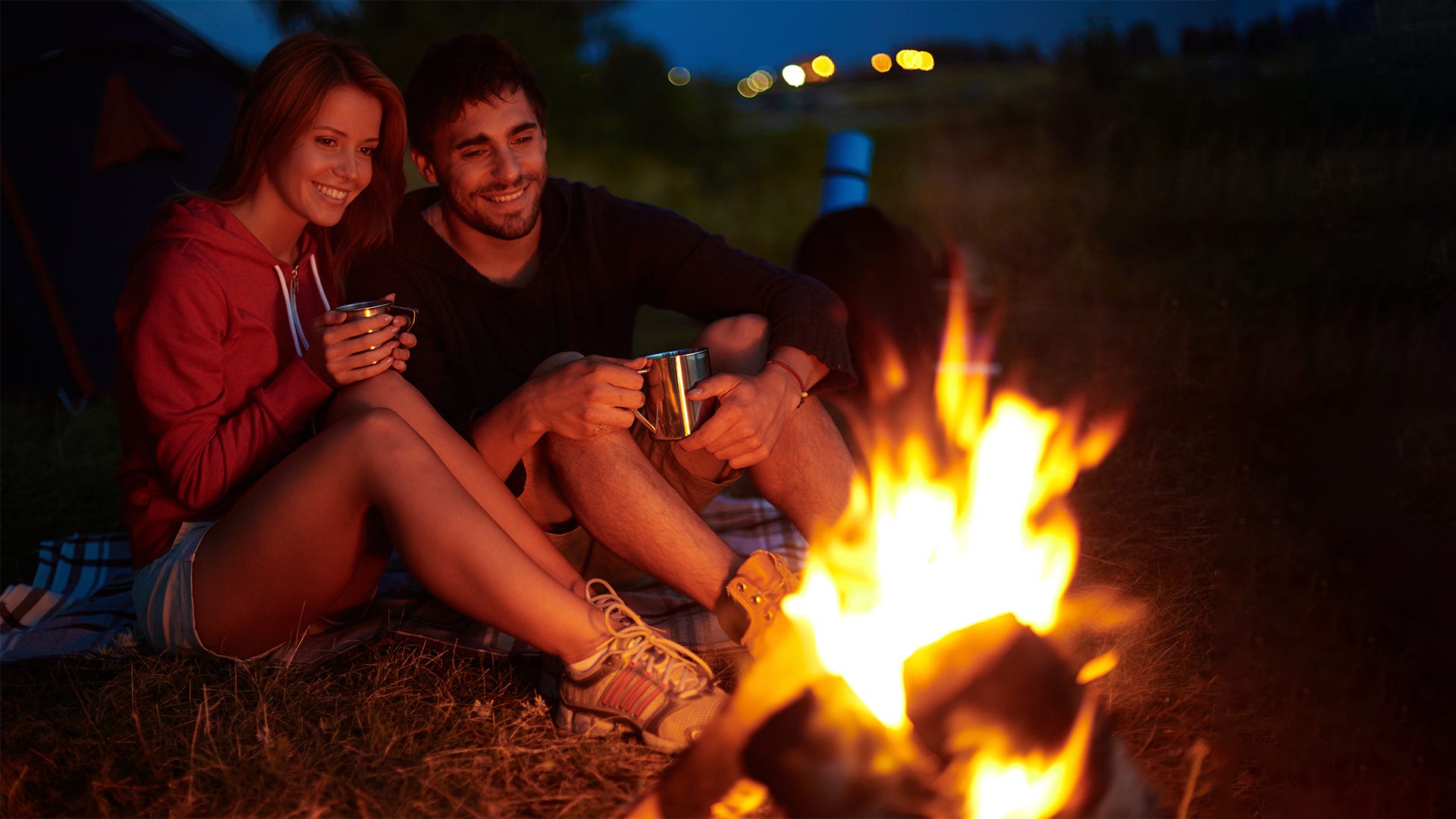 It isn’t summer without a good camping trip. And with every camping trip comes bugs. Among those bugs are the most hated of pests: mosquitoes. Mosquitoes aren’t just annoying, and it isn’t just the itchy bites that rub people the wrong way. In some instances, mosquitoes can be downright dangerous. That’s why it’s time to dispel rumors of what works and what doesn’t, and find effective, enduring solutions for the best and most effective mosquito control for campers everywhere.

According to the Mayo Clinic, “mosquitoes can act as reservoirs of diseases such as West Nile virus, encephalitis, malaria, yellow fever and dengue fever.” A mosquito transfers these and other viruses through its saliva upon biting a human or animal host. The most common mosquito-borne diseases seen in the United States are West Nile virus and encephalitis. Some southeastern states have reported cases of dengue fever, although it is rare. The tropics boast most of the malaria and yellow fever cases. Animals such as dogs and horses can even be susceptible to mosquito-borne diseases and parasites such as heart worms and eastern equine encephalitis.

Recently, the Centers for Disease Control reported cases of chikungunya in the U.S., a disease carried by the Asian Tiger mosquito consisting of fever, headache, nausea, fatigue, rash and debilitating joint pain. More commonly found in Africa, Asia, Europe and the Pacific, chikungunya is turning up in North and South America. With mosquitoes transferring multiple different diseases across the country, it’s important to find a way to control them no matter where you choose to camp this summer.

Keeping mosquitoes at bay can be daunting with 200 species identified in the U.S. alone. However, every mosquito on the planet shares the same four-stage life cycle. Being aware of the life cycle is the first and most important way to fight mosquitoes on the camping trip, fishing excursion, hiking adventure, backyard barbeque, or wherever your summer travels take you. The length of a mosquito’s life cycle may vary from a few days to as long as a month depending on factors such as species, water temperature and geographic location. However, every mosquito develops the same way:

Female adults perpetuate the cycle after seeking out and consuming her first “blood meal” provided by an unassuming human, bird or mammal, and even an amphibian or reptile. Female mosquitoes locate their host based on scent, movement, heat or exhaled carbon dioxide. The female continues to search for meals for the rest of her life, which can extend for up to a month. After the blood meal, the female produces eggs, which she deposits into a water source. Male mosquitoes, on the other hand, only live for week or two during which time they consume plant juice and nectar. No blood for them! 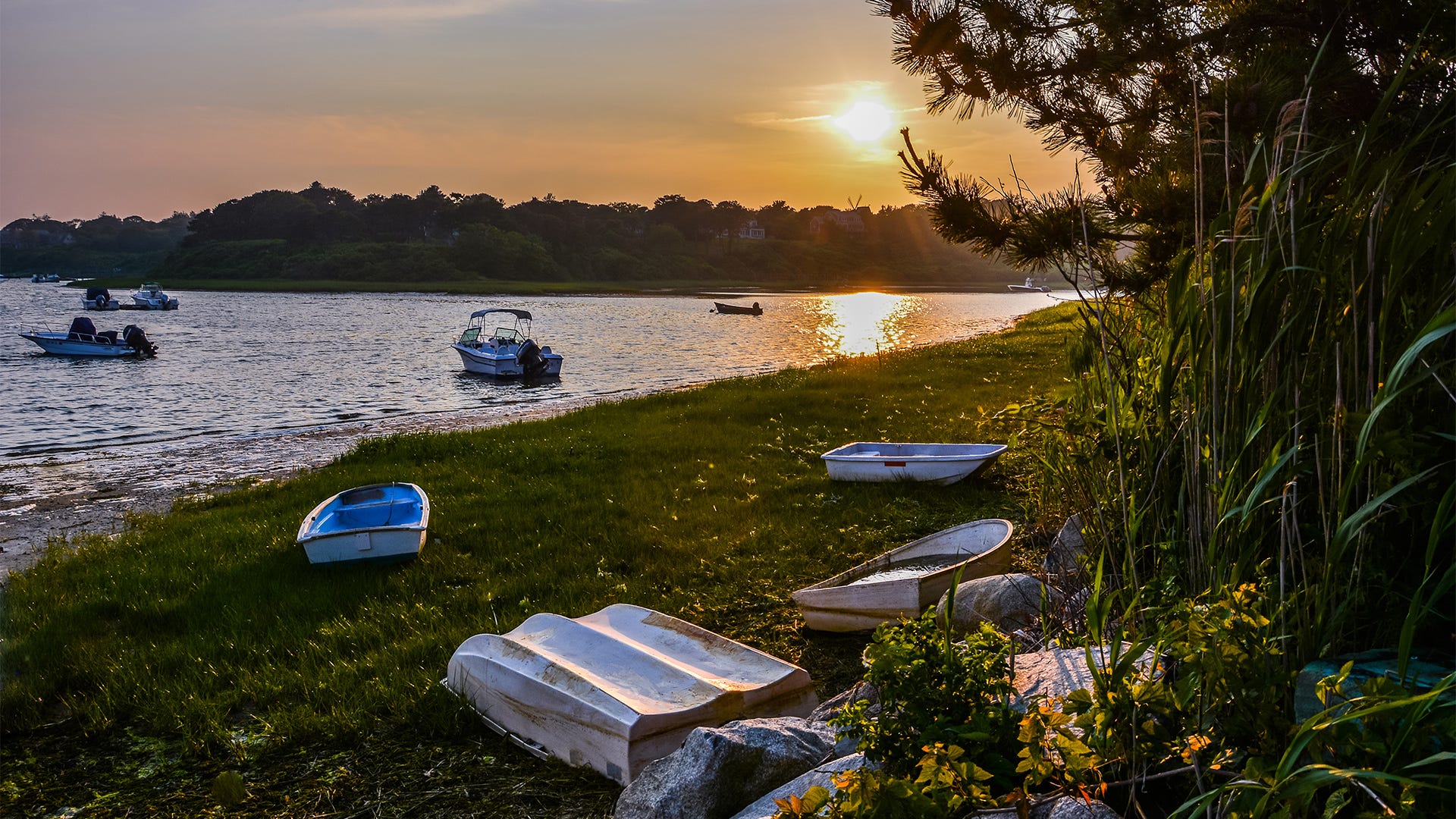 Whether you’re setting up camp for a few days or operate an entire campground, the most effective method of warding off mosquitoes is to identify and destroy their breeding sites. More often than not, that means locating the sources of standing water within a radius of several miles if possible. Mosquitoes prefer still water for laying eggs and usually steer clear from aerated or circulating water. Common sources of standing water include:

Since mosquitoes spend three to four phases of their life cycle in standing water, identifying and eliminating these sources goes a long way in controlling these annoying and dangerous pests. Locate and monitor your campsite’s water sources on a regular basis, and if you own it, start monitoring it beginning in spring until the first frost. Breeding is the one phase of the mosquito’s life cycle that takes place on dry land. It’s important to know that mosquito breeding sites are not always obvious or accessible, making it difficult to stop these pests before reaching adulthood. Adult mosquitoes often rest in a sheltered place — such as bushes, branches, tree trunks and grasses – before emerging at dusk to find a meal. This isn’t great news if you’re staying at a campground! Some campgrounds put Mosquito Magnet® traps around a perimeter of the property in an attempt to keep adult mosquitoes in check.

In a healthy state, nature has ways of keeping things in balance. As a result, a campsite or campground with certain flora and fauna in the landscape may harbor fewer mosquitoes than campsites that are lacking those elements. Certain mosquito predators can also control mosquito populations. For example, the gambusia fish, also known as the western mosquitofish, eats mosquito larvae. Dragonflies also represent a top predator of mosquitoes at every stage. Dragonfly larvae live in the water and feed on mosquito larvae, and adult dragonflies eat adult mosquitoes. Other species with an appetite for mosquitoes include ants, ground beetles, spiders, water striders, frogs and snails. Birds such as purple martins and bats have also play a role in managing insect populations, including mosquitoes. As a result, bird and bat houses may be worthy investments for any campground.

Some gardeners swear by certain types of geranium plants to keep mosquitoes at bay. Others grow lemon thyme and lemongrass to yield oils that are supposed to serve as effective insect repellents. Citronella candles, which contain oil made from lemon-scented plants that are native to Asia, have long been used for this purpose. Scientists have also reported that oils found in catnip can be effective at repelling mosquitoes. Other herbal remedies recommended for battling mosquitoes include mountain mint and even basil.

Staying indoors at dusk is another mosquito control strategy, but this can be difficult when you’re on a camping trip. Instead, put on light-colored, loose clothing (mosquitoes are attracted to darker colors) for mosquito control while you’re camping. Less exposed skin means fewer mosquito bites! One of the simplest methods of controlling mosquitoes is the low-tech, old-school house fan. It’s clear that mosquitoes avoid flying through a 10-mile-per-hour airstream. The fan also provides steady wind while diluting and dispersing the carbon dioxide you exhale — a major chemical known to attract mosquitoes. However, fan control solutions may be difficult at campsites without electricity.

While not everyone’s favorite alternative, chemical warfare has always played a significant role in the human battle with mosquitoes. The most common chemical repellent to date has been DEET (the active ingredient diethyltoluamide). It remains one of the most popular choices after 50 years taking up significant space on drugstore shelves. The higher the percentage of DEET in the product, the longer the protection against mosquitoes lasts. While proven to be effective in repelling mosquitoes, DEET is only a short-term solution. It also comes with several restrictions:

DEET is usually applied in the form of over-the-counter bug spray. Many campers continue to use bug spray as the most traditional way of warding off these insects, even though it will only control the pests for a few hours — not your whole camping trip. Rather than allowing the chemicals to come into contact with exposed skin, many individuals apply DEET-based bug sprays to hats, pants and other articles of clothing. Just make sure to wash them later! The marketplace is always developing new chemicals and applications in addition to DEET-based bug sprays. To control mosquitoes on your camping trip, some other approaches include:

— these are worn on the body and serve as an alternative way to control mosquitoes while camping, gardening, hiking and pursuing other outdoor activities. — this clothing is also known as Insect Shield. It infuses a chemical into fabric to increase repellency while reducing skin exposure to sun and insects. This type of clothing usually retains its effectiveness for up to 75 washings. — they attract and then electrocute all insects within range, including mosquitoes. While several products exist for killing mosquitoes and preventing bug bites, they must be used with a certain amount of caution. Any chemical capable of harming insects and other wildlife can also be detrimental to human health, especially the health of children. Other products such as larvacides and bug zappers can kill harmless wildlife, including species that are important to the surrounding ecosystem.

In a marketplace where natural remedies may not pack an adequate punch against mosquitoes, many outdoor enthusiasts, campers and homeowners alike are turning to technology. Mosquito Magnet® mosquito traps are devices designed to attract, trap and kill host-seeking female mosquitoes using suction, a sticky surface or even an electric grid to prevent the mosquito’s egg production. While most products try to repel mosquitoes, Mosquito Magnet® has developed an alternative – a device that attracts these pests. Produced in the U.S.A., Mosquito Magnet® uses octenol, an EPA-registered mosquito attractant that emits carbon dioxide just as an exhaling human or animal would. After making their way to the octenol in search of blood, hungry female mosquitoes become captured in a trap instead. The breeding portion of her life cycle has ended. Even better, the EPA reports that when released into the air according to the product’s instructions, octenol does not harm humans, pets, wildlife or the natural environment. 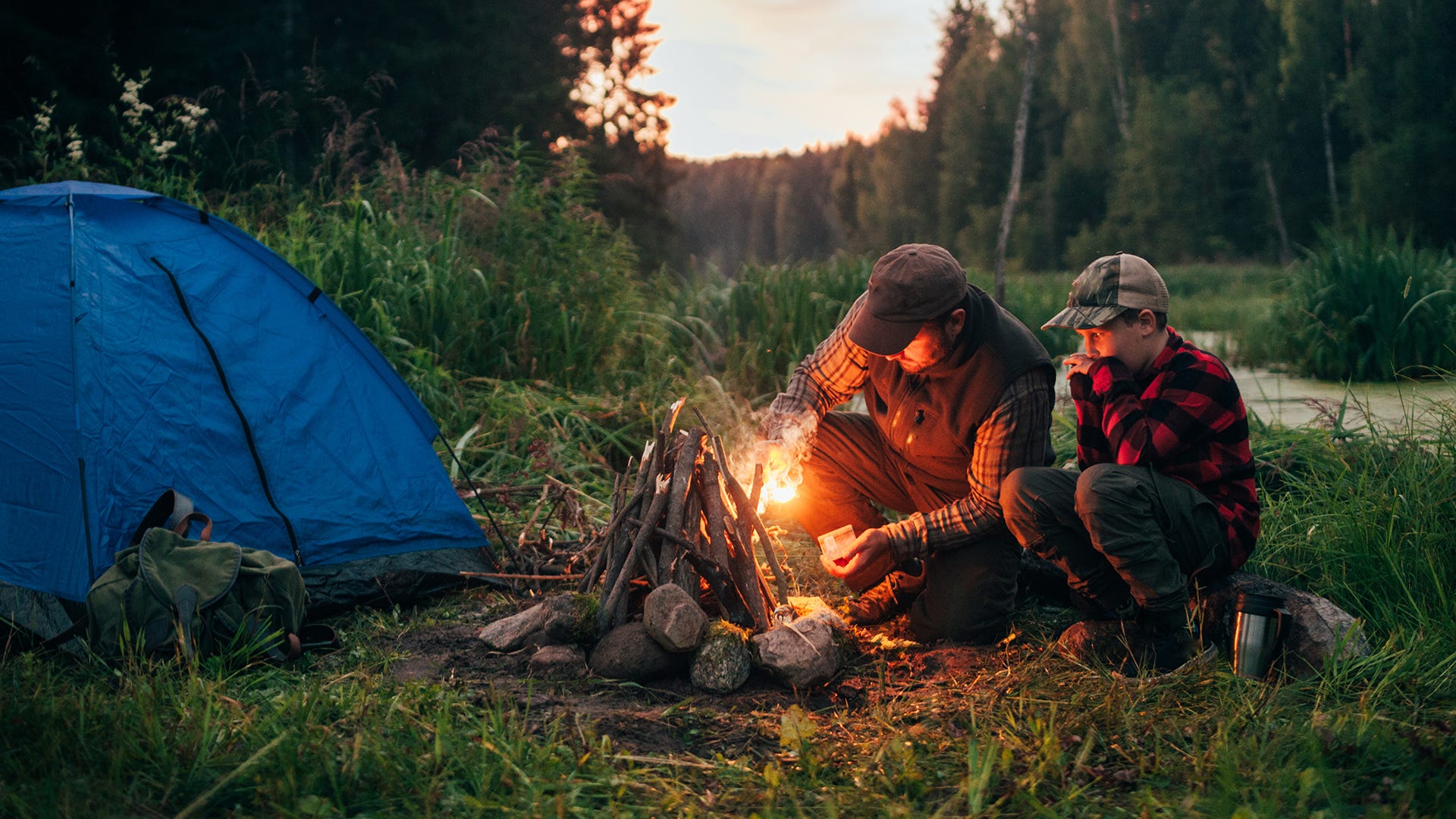 Enjoy Your Camping Trip Without Mosquitoes

Frequenting your favorite campground should be part of everyone’s summer. And summer should be carefree and relaxing, right? Mosquitoes threaten that longstanding tradition with itchy bites and debilitating diseases. To reverse the trends, campers and other outdoor enthusiasts should consider proven mosquito control tips:

Hopefully these tools will help you embark on your camping trip, fishing excursion, and other summer activities with the tools you need to remain relaxed and itch-free. Not sure which Mosquito Magnet® trap is right for you? Compare our traps and find the best solution for your outdoor needs.