Battle of the Sexes: Male vs. Female Mosquitoes 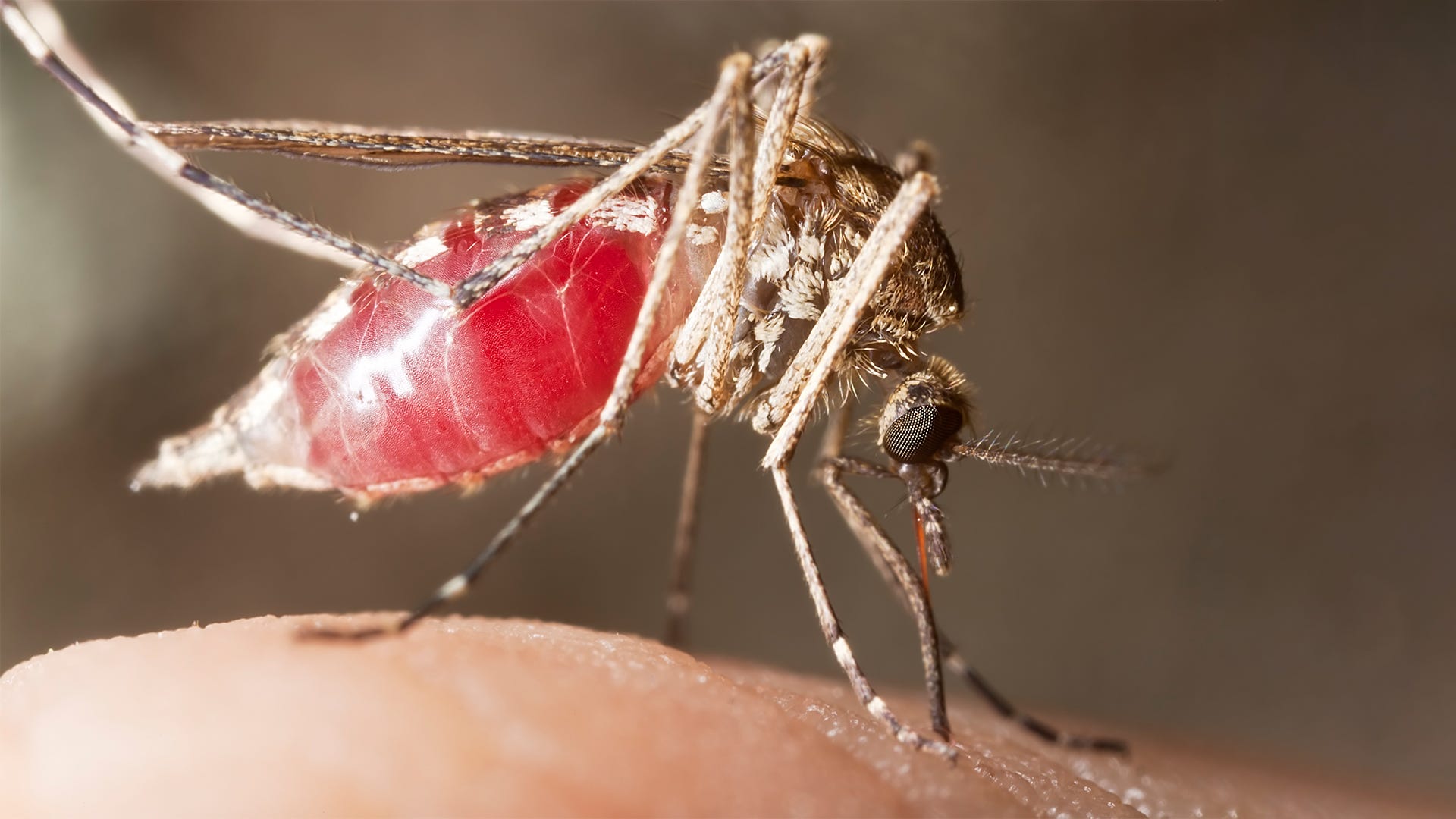 All these years and it turns out we’ve been giving mosquitoes a bad name. Well, male mosquitoes, at least. There are a number of differences between the male mosquito and female mosquito. Unfortunately, these differences may not affect your chances of — or physical reaction to — getting bitten. Nonetheless, a more complete understanding of the male vs. female divide will at least allow you to focus your ire and irritation with more accuracy.

Looking through a microscope, you see two mosquitoes. One is larger, with a needle-like protrusion you assume — and rightly so — is the means by which they bestow their itchy, stinging bite. The smaller mosquito boasts a set of feathery antennae. So which is male and which is female? You may be surprised to find out that the female mosquito is the larger of the species. However, at 2 milligrams (or 1/15,000 of an ounce), they’re still among the smaller members of the animal kingdom. The females are also the only ones with a piercing proboscis — the needle-like protrusion used to break the skin and draw blood. Male mosquitoes have wider, branched, feathery antennae. Have you ever wondered what causes that irritating stinging and itching sensation in a mosquito bite? Those annoying sensations can be attributed to the initial puncture from the proboscis, combined with the saliva secreted to lubricate the opening. A mosquito’s bite may be potent, but their eyesight is not. Their poor vision means that mosquitoes use the carbon dioxide people exhale to find their target.

So if only female mosquitoes have a proboscis designed for penetration, do male mosquitoes bite? The answer is no. As their anatomy would suggest, only females bite and drink blood. That means that mosquito-borne diseases are only transmitted by the females, not the males. What do male mosquitoes eat, then? All mosquitoes — male and female — ingest nectar and water as primary nutrition sources. The females only drink blood after mating. They do so to obtain the necessary protein and energy to help their eggs develop. To find the best blood supply, female mosquitoes use a combination of chemical and heat sensors to pick up on emissions of sweat and CO2 from nearby mammals. They use the quantity of CO2 emissions — as well as other chemicals like octenol — to decide which animal to bite. Female mosquitoes are capable of biting victims after only two days as an adult. What’s more, they don’t limit themselves to mammals. Mosquitoes have been known to feed on reptiles and amphibians from toads to frogs to snakes. As for the myth that only females emit the mosquito’s signature buzz: That is false. Both males and females buzz, but females buzz at a higher pitch. Males use the buzzing from females’ wings — which beat as much as 500 times per second — to locate a mating partner. The female-only myth may persist because females are more often in close proximity to humans, for feeding purposes. As such, when you hear a mosquito’s buzz, it’s likely coming from a female.

Mosquitoes begin life as eggs, which are laid by the female in quantities of up to 300 at a time. An egg-to-adult life cycle takes anywhere from 4 days to 2 weeks. Most mosquitoes will remain near the same breeding habitat throughout their adult life. However, some mosquitoes have traveled upwards of 20 miles in search of a protein-rich blood supply. Male and female mosquitoes differ greatly in their lifespan as well. Male mosquitoes, on average, live for about two weeks. Female mosquitoes, on the other hand, can live for over a month. Some females will hibernate during the winter, as will some larvae. So there you have it. Next time you’re cursing a plethora of itchy mosquito bites, be sure you’re only cursing the disease-carrying, egg-laying, skin-piercing female and let the nectar-sipping male buzz in peace.