How much do you really know about mosquitoes? You know they can be relentless once they decide to target a human as a source of a blood meal. You also know that a bite from them will leave a red, itchy welt on your skin that can be quite uncomfortable. But there’s a lot more you should understand about these tiny insects, including the fact they can pose a significant health hazard to you, your family and even your pets. With National Mosquito Control Awareness Week just two weeks away, now is the perfect time to learn some basic, must-know facts about mosquitoes:

Mosquitoes been around forever – and they’re just about everywhere!:

Mosquitoes date back 400 million years and have been on the North American continent for about 100 million years. There are approximately 2,700 to 3,500 known mosquito species around the world, including 176 species in the United States.

Mosquitoes can be deadly:

Many mosquito species carry and can transmit diseases that can cause serious illness and even death in humans and animals, such as malaria, West Nile virus, malaria, dengue fever chikungunya, and heartworm. According to the World Health Organization, mosquito-borne illnesses kill about one million people around the world each year, making these tiny pests the most deadly animals on the planet by a landslide. 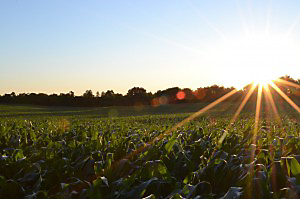 Many species of mosquitoes try to avoid the bright sunshine and extremely hot temperatures. They’ll seek a cooler location during the daytime hours and bite during dusk and dawn. Unfortunately, there are a few species that love soaking up the sun and are considered daytime biters. Asian Tiger mosquitoes, which are a vector for dengue and chikungunya, are daytime biters.

Any source of standing water can provide a mosquito breeding ground:

Mosquitoes seek out sources of standing water for laying their eggs. Bird baths, rainwater tanks, flower pot plates, clogged gutters, pool covers and backyard ponds can easily become a mosquito breeding ground in your yard. Remember: mosquitoes can lay their eggs in as little as one drop of water, so be thorough when mosquito-proofing your property!

If you’ve ever felt like mosquitoes bite you more than your friends, you may be right. Mosquitoes are highly attracted to the carbon dioxide and heat that all humans emit. People who have just finished exercising are more likely to be bitten due to higher body temperature and increased respiration. Beyond that, mosquitoes are attracted to a variety of different chemicals that humans release in their sweat and breath, including Octenol and lactic acid. Because everyone has different body chemistry, some people emit more of these mosquito-attractive chemicals than others, making them more susceptible to bites.

For some reason, mosquitoes seem to be drawn to smelly feet or the similar pungent aroma produced by Limburger cheese. Beer drinkers are also more likely to attract mosquitoes, as are people who are wearing the color blue. There are also claims that mosquitoes prefer blondes over brunettes and people with the blood type O, but there is no solid evidence to support many of these claims.

According to the Centers for Disease Control and Prevention, there are only four chemicals known to repel mosquitoes: DEET, Picaridin, Oil of Lemon Eucalyptus and IR3535. Many commercially available mosquito repellent products contain DEET as the active ingredient. While a mosquito repellent can provide a certain amount of protection for a limited time, it won’t get rid of the mosquitoes on your property. A trap such as Mosquito Magnet® can actually help reduce the mosquito population throughout the outdoor season by trapping, killing and disrupting their breeding cycle. And fewer mosquitoes means you, your family and pets have less of a chance of being bitten. Learn more about National Mosquito Control Awareness Week, including ways in which you can get involved.