Anyone who has ever spent time outdoors in the spring and summer knows how frustrating and annoying mosquitoes can be. Because of this annoyance, there have naturally been many theories to explain their behavior, suggested mosquito remedies and even anti-mosquito apps, which are supposed to ward these bugs off for good. There are so many of these tips and tricks, that it can be hard to determine which are true and which are just mosquito myths. To help you decipher fact from fiction, we’ve gathered up six of the most common misconceptions about mosquitoes.

Fact: Of the species of mosquitoes that feed on humans, only the females bite. Consuming blood from humans and other animals is an important part of the breeding cycle. Females require the protein in our blood to produce their eggs, which then start a completely new generation to feast on you. Males rely on other sources, such as nectar from flowers, to sustain their diet.

Fact: You may have heard many people say, “Mosquitoes like me because of my sweet blood,” or “I get bitten because I’m Type O.” In reality, mosquitoes do not gravitate towards people because of the sweetness or type of their blood. Mosquitoes bite people because they require protein for breeding, not sugar. Some facets of your genetics, such as skin bacteria may have an effect, but blood type is not considered one of these factors.

Myth #3: People with Fair Skin Are More Likely to Be Bitten

Fact: It is no secret that when mosquitoes bite, people have a reaction that usually results in small red bumps. This is caused by a component in mosquito saliva, which prevents blood from clotting while they’re still drinking. The reason many people with fair skin believe that they are more popular with the pests, is that they usually have a stronger reaction to mosquito bites. This may make it look as though fair-skinned people receive more bites, but in actuality, the bites are just more prominent. 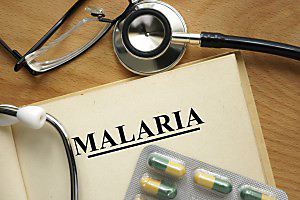 Fact: Based on estimates from the Centers for Disease Control and Prevention, there are approximately 3,500 species of mosquitoes around the world; however, many of these species don’t even bite humans.  Of the species that prefer human blood meals, only the females of the species are doing the actual biting. Therefore, not all mosquitoes are carrying or transmitting disease. While most human-biting species are capable of carrying diseases, only fractions of the mosquito population actually harbor viruses. It has been suggested that certain species are more predisposed to carrying mosquito-spread diseases than others. For example, the tiger mosquito, which is relatively common in eastern and central region of the United States, is known to carry the West Nile virus, chikungunya, yellow fever and dengue fever. Malaria, on the other hand, is transmitted by species of the Anopheles genus.

Myth #5: Mosquitoes will Bite People Regardless of Their Size

Fact: Mosquitoes actually do seem to prefer larger people to smaller ones. For this reason, adults are more likely to be bitten than children, and men are more likely than women to be targeted. This is because larger people emit higher quantities of carbon dioxide and body heat, which is what attracts mosquitoes in the first place. Additionally, larger people obviously provide more surface area for feasting. This is the same reason that pregnant women have been suggested to receive more bites.

Myth #6: Attracting Bats is an Effective Way to Eradicate Mosquitoes 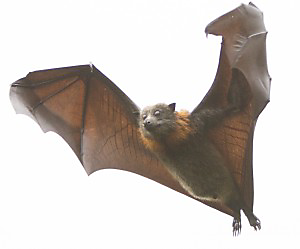 Fact: For years, people have been suggesting that one of the best ways to get rid of a mosquito infestation is to attract bats to your yard. While providing shelter for bats is a great thing to do for these endangered creatures, it is not likely to get rid of your mosquito problem. This myth about using bats for mosquito control most likely originated from studies that placed bats in a room full of nothing but mosquitoes. In a contained setting with no other food sources available, the bats, of course, will decimate mosquito populations. While bats do effectively consume large populations of many bothersome flying insects every hour, mosquitoes only make up less than one percent of their diet. When beetles, moths and cicadas are available, bats would much rather chase after them to satisfy their appetites.

Have more questions about old wives' tales or supposed mosquito behaviors? Let us know when you visit Mosquito Magnet® on Facebook. Also, be sure to subscribe to our E-Newsletter, which offers more articles like this, as well as a guide on using your Mosquito Magnet® traps and supplies. Looking for a more foolproof way to rid your backyard of mosquitoes? Cut down on the number of breeding mosquitoes looking for blood by using Mosquito Magnet® CO2 mosquito traps. Our traps use carbon dioxide and secondary attractants to draw mosquitoes in and begin reducing populations in your yard.